From a theoretical standpoint, factor investing is no new concept. It became increasingly known since investors’ awareness increased in the benefits of diversification brought by factor investing to their portfolios, and its generation of above market returns.

From political instability to economic turmoil, many factors make these markets highly unpredictable and thus, highly volatile. From 2014 to 2018, difficult times seemed to be persisting for those pursuing asset growth in single factor investing strategies so called smart beta in EM. Factors scored mixed performances with some in the top and bottom halves. 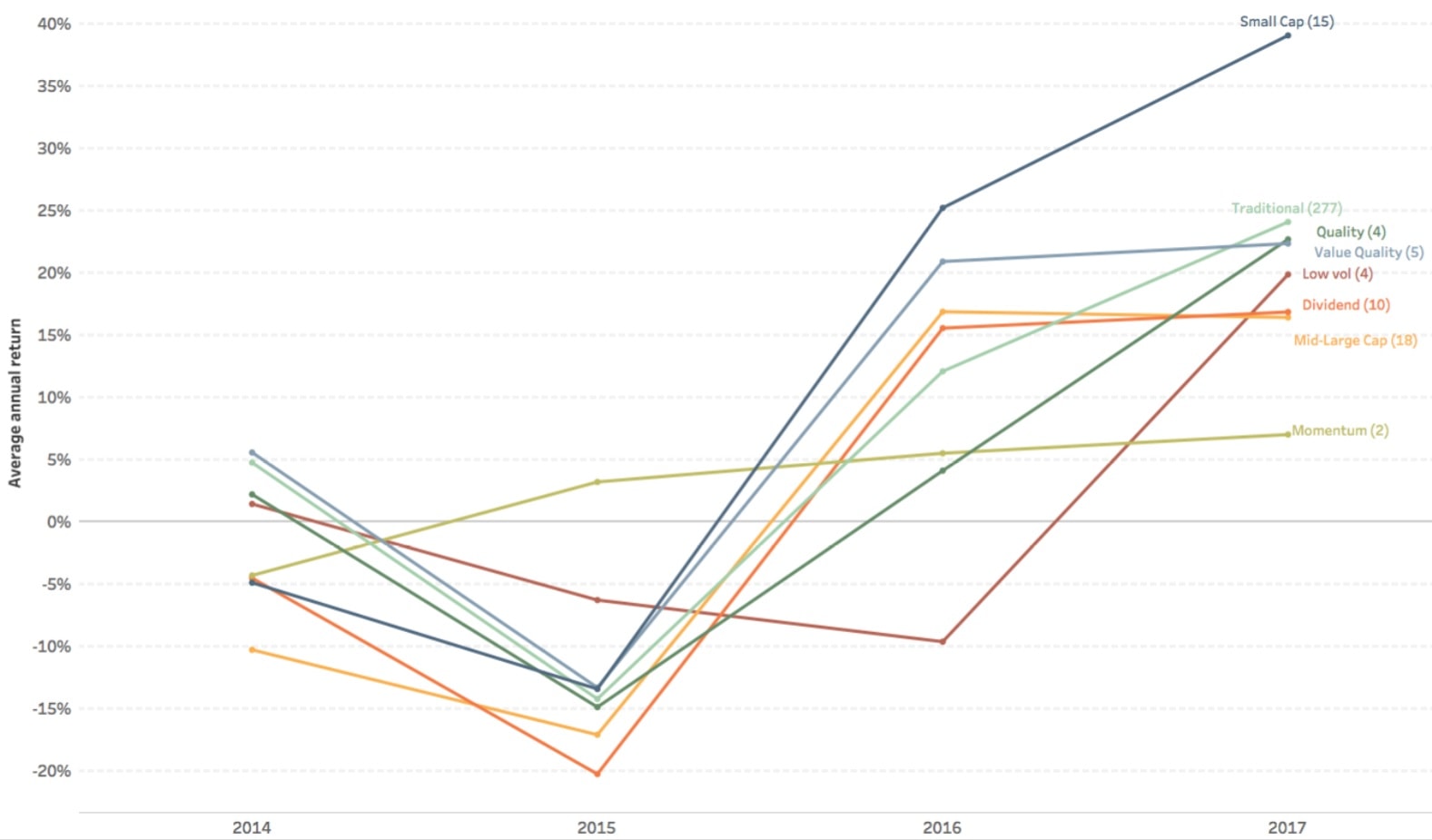 Indeed, 2015 was one of the worst years across asset class in the emerging markets who remained in a negative territory for virtually all the year. The expected excess of returns never materialized and the MSCI emerging markets index fell more than 10% from 2009 to 2015.

No style managed to keep a steady performance. Among 379 emerging market strategies, small caps for instance have had very good relative results in 2010 but proved again that no past performance is a reliable indicator for the future and have scored a negative annual average return of almost -14% in 2015. Since then, emerging markets’ small caps have managed to outperform with an annual average return of almost 40% in 2017. Does it mean that investing in this factor is the best strategy?

Value and quality performed closely in line during this period. Momentum on the other hand is the one strategy managing to keep quite a steady performance since 2015.

However, despite the general long-term positive performance of some factors like value, or the momentum lead performing in emerging markets, no factor seems to be dominating on a regular basis which makes us conclude that considering a multi-factor approach may be essential. 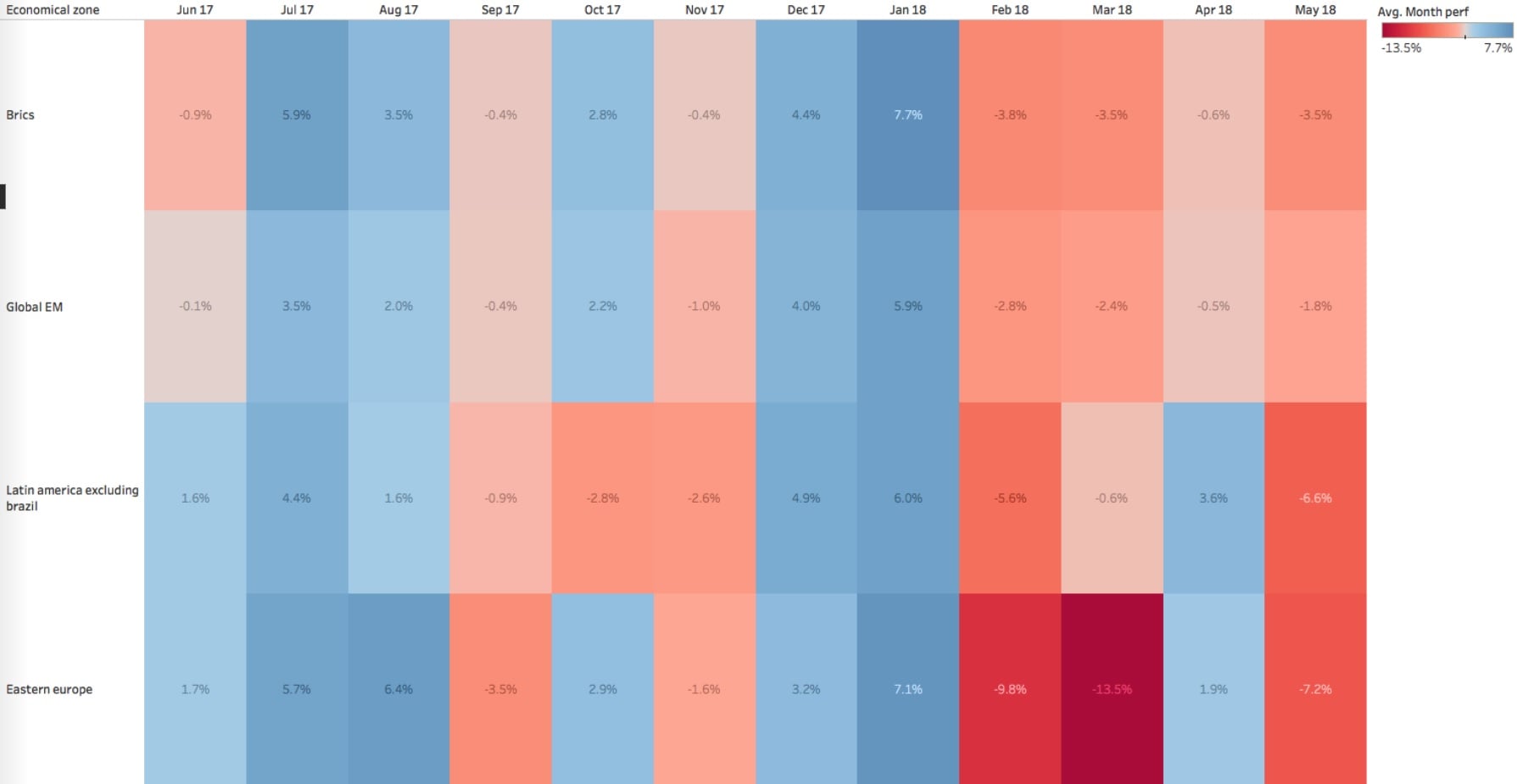