The energy sector is back to growth after the recent increase of oil prices and the continuously strengthening global demand. 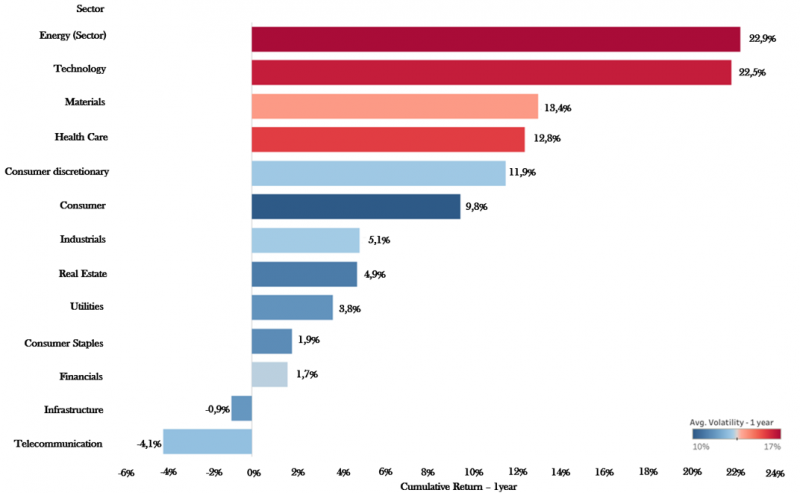 Overall, during the past four years, the global industry capital spending on oil related projects crashed by 60%, but the sector managed to overcome the crash as shown in the Quantilia analysis. Its one-year cumulative return, although combined with a high volatility, outperformed other sectors such as technology.

Indeed, oil prices for instance reached their highest level in more than three years this past week, being high enough to start attracting international investors who are now capitalizing on different investment opportunities arising from the global trends in this sector.

But how long will it last?  Now that the rules of the games are changing in a time of political and economic uncertainty, the United States is becoming the top crude producer pumping a tenth more than Saudi’s barrels daily, Russia’s production is growing and overtaking the one of the middle eastern kingdom and China is being America’s second crude oil customer right after Canada.

So, one can wonder where should investor’s focus be directed? 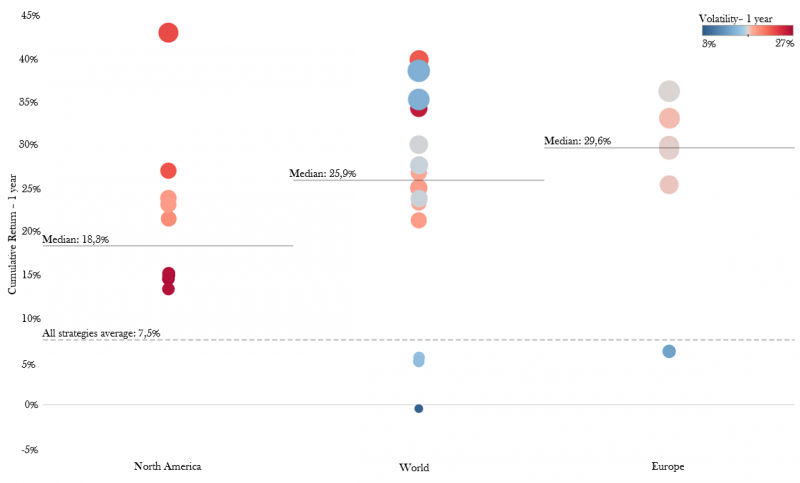 We compared North American, European and global energy sectors’ ETFs (a total of 34), each bubble representing a single ETF. It can be seen how the highest volatile market is the US. Uncle Sam’s country also possesses the exchange traded fund with the highest 1-year cumulative return.

Nevertheless, the European Strategies are a lot less volatile and have a higher median of 29.6%.

To know more about these ETFs, monitor their performances and the one of other sectors’ ETFs, check our platform dedicated to quantitative investment.

Do you really know your Small-caps? Quantilia asked the Small-Caps team at @KempenCo to share how they confidently navigate the world of small cap investment.
Read more on our website : https://www.quantilia.com/small-cap-expertise-with-kempen-capital-management/

Be sure of your investment decisions with Quantilia.

The Growing Impact of AI in Financial Services: Six Examples