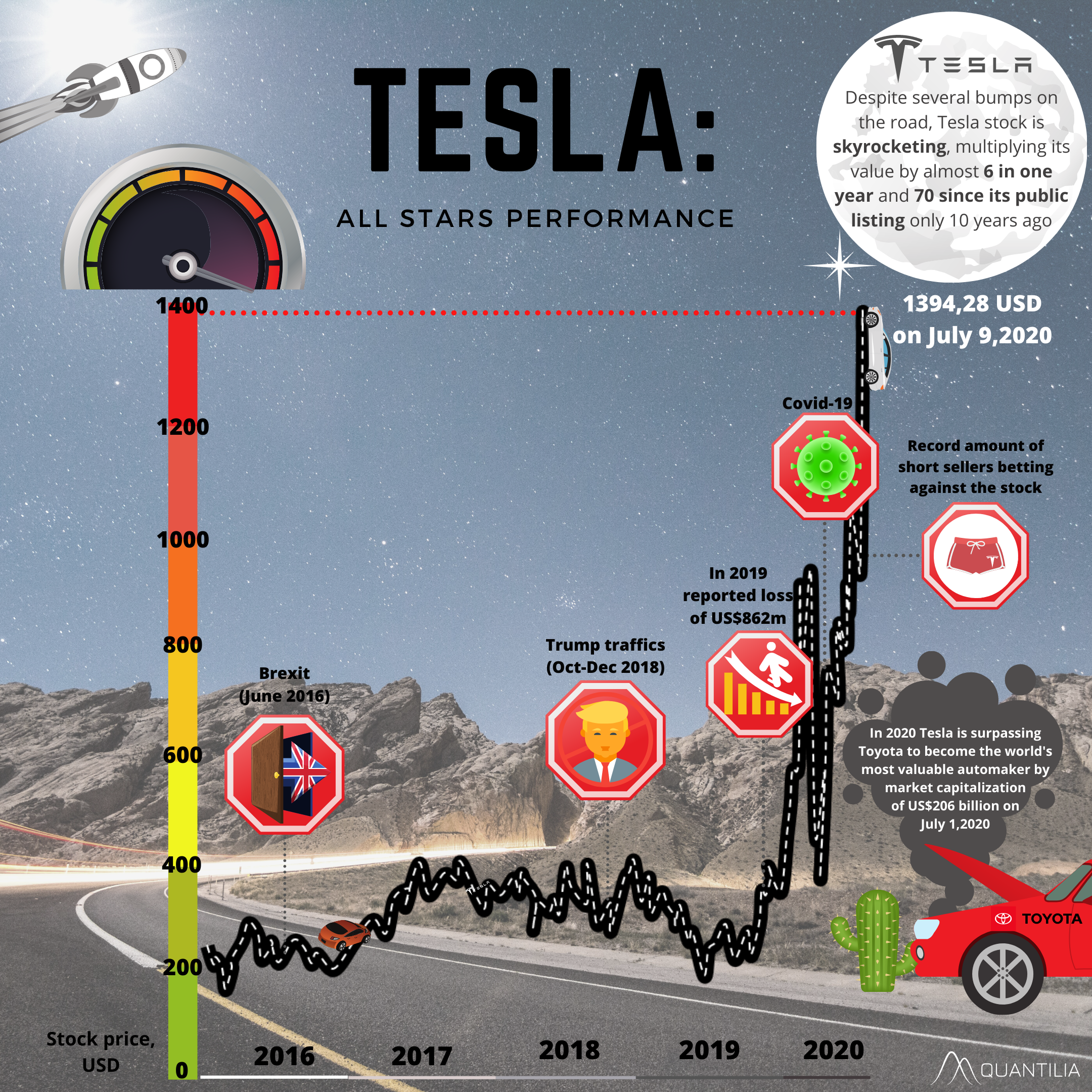 Tesla stock price is following the rockets sent to the sky by its star founder Elon Musk. It has reached a valuation unknown so far for any company with this level of revenues and profits. It has outpaced all its fellow car constructors, even if its production is just a fraction of theirs, thanks to its advanced autonomous car and battery technologies.

Most of all, it is supported by an army of investor fanatics, who follow Elon Musk like teenagers used to follow the Beatles, tracking its tweets and unconventional appearances on media. Usual financial ratios do not appear to have a grip on the stock price, as short sellers have discovered at their expense.

Will Tesla deliver its promises in terms of car production? Will it deliver the new, game changing technologies people expect? Will the short sellers be right after all?
Afterwards, people will say they knew how it would end. But for now only one thing is sure: Tesla stock is bringing us to unknown territories… exactly on track with its Mars obsessed founder.